A Series of Workshops on ITMO Highpark’s Ecosystem Kicks Off in St. Petersburg

The workshop “New materials and technologies for the creation of comfortable territorial ecosystem of ITMO Highpark” has kicked off at the Boiling Point (Tochka Kipenia) space of the International Banking Institute in St. Petersburg. Over the course of two days, its participants will brainstorm solutions for new innovative materials and technologies for building state-of-the-art campus dormitories south of the city as part of the ITMO Highpark project. ITMO.NEWS attended the workshop’s opening to find out what tasks are the participants set with, how the work will be conducted and what innovations can be introduced into the plan of ITMO Highpark as a result. 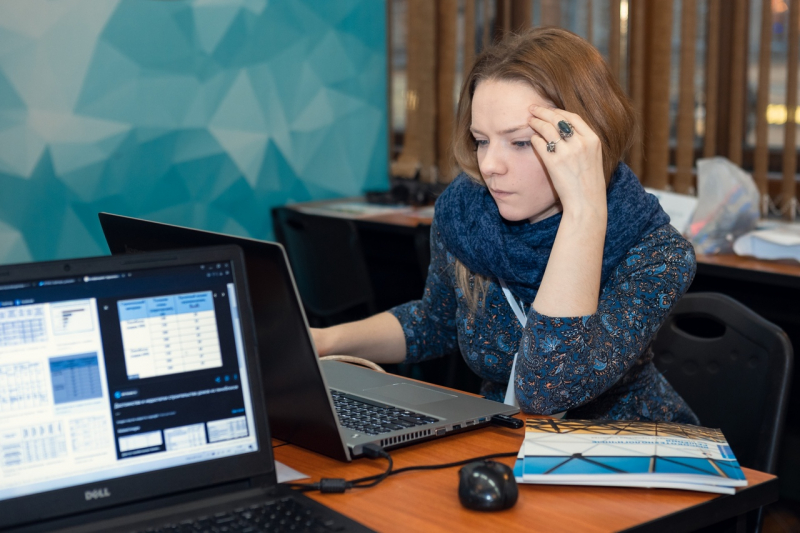 ITMO Highpark is designed to become a place where scientific achievements will turn into business projects and researchers will be engaged in constant dialog with engineers and entrepreneurs. According to the authors of the project, it has to become a symbol of modernity and technological progress.

In line with this, the Fund for Infrastructure and Educational Programs of the RUSNANO group, ITMO University and ITMO Highpark have decided to host a series of workshops on creating a comfortable, agreeable ecosystem in the new campus area while ensuring the energy effectiveness and eco-friendly status of the buildings. Invited to participate in the workshops are ITMO University’s engineering students, future design engineers studying in the St. Petersburg State University of Architecture and Civil Engineering (SPbGASU), and economics students from the International Banking Institute.

“The workshops will focus on the topic of creating a comfortable ecosystem of the entire ITMO Highpark,” shares Maksim Nevesenko, deputy director of the Department of Demand Incentive Programs at the Fund for Infrastructure and Educational Programs of the RUSNANO Group. “We plan to organize creative sessions in the format ‘one workshop – one task and territory’. In the end, we want to get suggestions from our students living on the campus. The first workshop will be dedicated to one of the student dormitories because it’s a very important place for students. It so happens that students spend more and more time in dormitories rather than in libraries. This is why it’s crucial to ensure that these buildings are comfortable to be in.”

Over the two days of the workshop, the students will study the layouts of the four-story dormitory building planned by the architects. They will analyze the project in terms of its planning, construction and facade solutions, as well as the building’s engineering support. After that, the participants should suggest the innovations to be introduced in the project development process.

“First of all, the students will study the object on their own, which includes both the dormitory and the surrounding area,” shares Andrey Khomenko, a mentor of the workshop and chief project engineer at the Vertical company. “They will look at which higher-quality materials could be applied, which conventional materials proposed by the project specialists could be swapped with innovative and more technological ones. It’s all about habit: the project developers are used to working with conventional materials such as conventional concrete and fiberglass windows. The students can look at it from a new angle and offer something new. The team is divided into several groups: some focus on territory, some on construction features of the building, some on its interiors and external look. After each working period, they’ll share their findings with each other. The SPbGASU students are responsible for construction solutions, ITMO students deal with smart home systems and smart territorial planning, and the International Banking Institute students with the economic justification of the project.”

Following the two days of discussions, the participants will come up with their own suggestions that can then be used in the new project of the dormitory. Though the design made by architects will not change, the students’ ideas can reduce the expenditure of the building and its further operation costs.

Apart from that, as noted by the organizers of the workshop, it is beneficial for students as well, as it offers them an opportunity to brainstorm and try their hand at working on a real-life, practical problem. Thus, they can get an experience of solving architecture-related tasks, which will definitely come in handy in their future career.

“Here, we immerse the students closer in the reality they’ll find themselves in in a couple of years at the start of their adult professional lives. They acquire practical skills and learn to understand how different technologies work and what rules they have to comply with. Or which technology could be applied, with the condition of it being reworked a little. And, of course, a key factor here is that the students realize their involvement in the project. It is great to know that you contribute a part of yourself, your skills and knowledge, into a project,” concludes Maksim Nevesenko.