Zero-waste consumption is one of today’s biggest trends in a diverse range of industries. The abscence of waste material increases profitability, creates new jobs, and reduces environmental impact. Now, ITMO University researchers are proposing a number of technologies that would make it possible to manufacture useful products with high surplus value from the parts of fish that usually tend to go unused. We paid a visit to one of the laboratories at Lomonosova St. 9 to find out the uses for fish skins and how aquaculture waste can become useful. 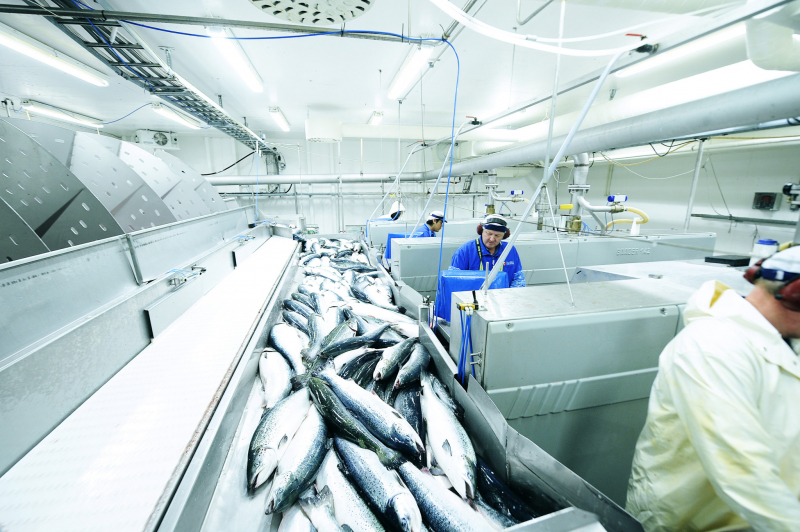 Fish is one of the most important products for human nutrition. Many regional cuisines, especially ones in Asia, are mostly or completely based on fish and other “fruit of the sea” such as shrimp, calamari, and mussels. Nevertheless, fishing and aquaculture, or fish farming, are massively wasteful, reducing the industry’s profitability and inflicting environmental harm.

Scientists around the globe are looking for ways to improve the usage rate of fish products, and that includes the staff of ITMO University’s Faculty of Food Biotechnologies and Engineering. Professor Elena Kuprina meets us in her lab. The walls are adorned with posters describing the species of fish: the smelts, the flounders, the salmonids. Beneath them are test tubes and vials in which substances are kept, reactions take place, and test-produced materials are stored.

“The issue of recycling raw materials is a highly relevant one,” says Professor Kuprina. “When processing fish and seafood, some 30-50% of the material ends up as waste. That includes tails, heads, napes, and sometimes skin – all of these things are almost as rich in protein, fats, and carbs as the so-called “valuable” parts of the fish. But there’s the matter of extracting these nutrients from the material. Understandably, we can’t make a filet out of them. But if we set up the process correctly and involve modern treatment methods, especially electrophysical ones, and innovative technologies, we can make sure that almost 100% of these bits are processed into protein concentrates, omega 3- and phospholipids-rich fish oil, and mineral premixes. Research into this subject was initiated by the State Engineering Institute of Fisheries (Giprorybflot) in St. Petersburg, which is now closed, and I hope that their work will evolve here at ITMO University even further.”

“Of course, the processing of land animal products also results in waste, but the waste produced by the processing of marine fish remains the most valuable and environmentally friendly source of biologically active substances. If we were to take the skins of marine fish and process it using our equipment, we could produce eco-friendly collagen concentrate – a most valuable food additive. We’ve also used this collagen to produce biodegradable edible film for food products. We’ve developed a new one-of-a-kind mixed polymer based on hydrobiont proteins and polysaccharides. The skin of one codfish can be used to produce up to a square meter of edible film.”

One of the laboratory’s latest inventions is a method of processing fish blood. The first experimental results of this project have just been produced a few days ago, and Professor Kuprina shows us some of the vials holding the samples.

“In the fishing industry, one of the most important procedures is bleeding the fish dry,” she explains. “When a fish is taken out of water, it needs to be bled out within 40 minutes, or else it won’t store well, the taste will be different, and so on. For that purpose, manufacturers use two parts clean water per one part fish. Over the course of 40 minutes, the water becomes saturated with fish blood and mucus, turning into a blood gel, and is then dumped into bodies of water or sewers. Naturally, there is an issue of purification, and we propose a new electrosorption-based method of processing that gel.”

Electrolytic processes purify the water and produce a concentrated blob of protein and other blood elements. This concentrate, says Professor Kuprina, can then be used to manufacture food additives and various other products used in food manufacturing. This is especially relevant for facilities involved in aquaculture, as it will make it possible to reduce the strain on the bodies of water in which the fish are farmed, as well as make the process more cost-effective in general.

Pacific, pink, chum and other types of salmon are luxurious red fish that are sold at quite a high price as steaks, lightly salted filets, and other food products. But there is a whole range of preserves, patties, and mince sold with the label “with post-spawning changes”. This is because many salmon species only spawn offspring once in their life, after which they die.

Some of these fish are caught immediately after taking part in spawning, while they’re still alive. Food made from such fish isn’t harmful, but its taste and visual qualities no longer allow it to be sold at a higher price.

“In terms of nutritional value, they are only slightly less beneficial than regular salmon. The fish do lose some volume after a spawning, but they still contain lots of protein and quite a lot of fish oil. There is an issue of finding a sustainable use for it. Usually, it is used to make mince or preserves, but we’ve developed a multi-stage processing technology to make products with high added value. That includes dried snacks which are not subject to freezing. Fins, skin, and other byproducts may be used as a nutritious food for cats and dogs. The skin may be dried into a treat, sort of like an artificial bone, while bones and scraps can be used to enrich pet foods with calcium, collagen, and other useful substances,” explains Elena Kuprina.

Factory in a box

Oftentimes, fish is processed not at a canning facility on shore, but at sea, where it is filleted, gutted, and frozen. This process results in a large amount of waste such as bones, skin, fins, and heads. Modern ship-based factories are capable of producing feedmeal from such items, but this kind of equipment is found only on some of the ships operating in Russian waters. And when the scraps cannot be processed, they are most often simply thrown overboard.

Researchers from ITMO have developed a range of equipment used for electrolytic processing of these byproducts into a protein concentrate, fish oil, and other useful additives that can be easily stored for later use. The devices are automated and only require a single operator. Moreover, the entire suite can fit into a small container that may be installed on board any ship involved in the initial processing of fish.

This system can easily be integrated into the process flow of fish processing on board a ship and will produce fat, protein, and other nutritious products that are in demand on the market, thus reducing the amount of waste to nearly none, as well as increasing the efficiency of every fishing trip.