Last week, it was the start of the new School of Technology Brokership at ITMO University. Read about who technology brokers are, which tasks they focus on, and about the opportunities offered to the school’s participants. 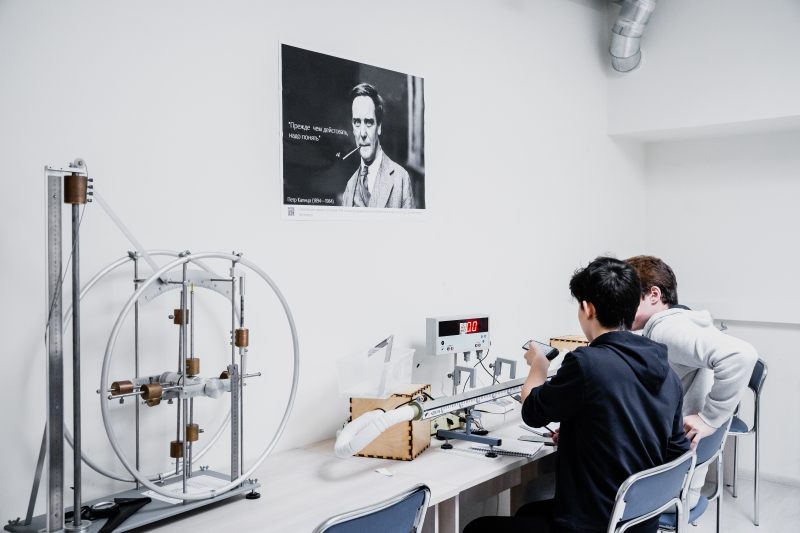 School of Technology Brokership is an initiative that emerged as a result of a collaboration between ITMO University, European University at Saint Petersburg and Russian Venture Company in 2014.

The school’s main goal is to train specialists who are well-versed in science and also have good knowledge of the market that allows them to understand which technologies are in-demand. According to the organizers, technology transfer is a task that’s relevant for every modern research university. The problem is that not every scientist has the skills associated with the introduction of their invention in real production — though oftentimes, they are not necessarily meant to.

“When organizing the school, we took inspiration in the University 3.0 concept, where a university is seen as not just an educational center, a temple of science and a place for doing research, a source of advanced technology and innovations, but also a full-fledged participant of the market that introduces its technologies as products or services using various tools: launching SIEs, patenting intellectual property, completing R&D on an order and so on. This isn’t an easy path to take, but we have several positive examples, for example the quantum communications project,” says Igor Kuprienko, the head of ITMO’s Project Development Division.

However, he adds that the common problem here is that the innovations developed at the university generally have a low technology readiness level (TRL). They are hard to introduce to the production process.

“There comes the so-called “valley of death” ― the gap between the innovations developed at the university and the TRLs that are acceptable for industrial partners,” continues Igor Kuprienko. “In other words, the valley of death is a situation when scientists can’t commercialize their inventions due to a low technology readiness level, and representatives of business aren’t ready to invest in the development of technologies, as this process calls for much time and expenses. This is the time when technology brokers play their part, whose task is to take the technology as it is and find an enterprise or an investor who are ready to bring it to the next level where it will be able to develop as a commercial product.”

Over the six years of its existence, the School of Technology Brokership underwent considerable changes: it grew from a three-day intensive course into a three-month practical course for representatives of flagship universities, technology and innovative centers, technoparks and vice rectors for science.

This year, a decision has been made to get back to the starting point and once again address students and young scientists at ITMO University. According to the organizers, the students have changed a lot over the years — they have become more enterprising and motivated to launch startups and technological businesses of their own, as well as develop their research projects.

Over 20 people made it into this year’s admission. Those were Master’s and PhD students of the Faculty of Technological Management and Innovations, the Faculty of Information Technology and Programming, and the Faculty of Photonics. Some already have their own projects and even grants, but lack competencies for working with real business. Others have experience in mediation between students focusing on technology and those focusing on management, that they want to develop.

The school’s curriculum was also revisited with regard to the audience of young scientists and researchers. For this reason, the course will cover all aspects of technology transfer from within the university to real business, including legal issues, strategies for attracting investments, the understanding of what business anticipates from scientific inventions, and so on.

Among the school’s speakers will be leading experts from ITMO University. At the introductory lecture, Igor Kuprienko shared his expert opinions on the development of high-tech companies and bringing them to the international market, as well as expanded on the essence of the technology broker profession.

Igor Kudinov, the vice dean at the Faculty of Technological Management and Innovations, spoke about the general principles of commercialization of technologies, the expectations of business in regard to scientific projects, and the attraction of investments. In the next several weeks, there will be lectures by Konstantin Astankov, the vice head of Science and Business Partnership Center, who will speak of the strategies of mediation with partners and investors, and Yulia Lubchenko, the vice head of ITMO’s Legal Department, who will cover the specifics of intellectual property rights protection and the process of transferring them from a university to a business when selling a technology.

While the course doesn’t imply intensive practical work, its students will participate in workshops by Natalya Lukokovnikova, the head of ITMO’s Research and Technology Foresight Center, and Olga Orlova, the head of the Digitalization of Food Technology group of the Infochemistry Scientific Center and the “Launching and management of foodtech business” specialization of the Innovative Entrepreneurship Master’s program.

The course will also feature two business games by Maksim Ivanov, an engineer at the Faculty of Technological Management and Innovations and founder of the Teachingame project. Upon completion, the school’s participants will be able to apply their new knowledge in the development of their own projects or try using them with teams from ITMO’s Accelerator and Technopark.

“We hope that the graduates will be useful for our university — we’ll be able to join them with teams from UMNIK, Pre-Accelerator and Turbo-Accelerator, so that they would be able to apply the knowledge they got in real tasks and share their experience with the already existing teams. For this reason, we are giving them slightly different knowledge than is usually given at acceleration programs. If as a result, we’ll get 15-20 specialists who can understand and assess the TRL of a technology, it’s relevance in the real sector, and find ways for introducing it in business — then our work wasn’t for naught,” concludes Elena Ushakova, the head of ITMO’s Department of National Programs and Projects.