This club will let entrepreneurs who graduated from ITMO University meet each other, create joint projects, supervise young startups, and look for talents among current students. 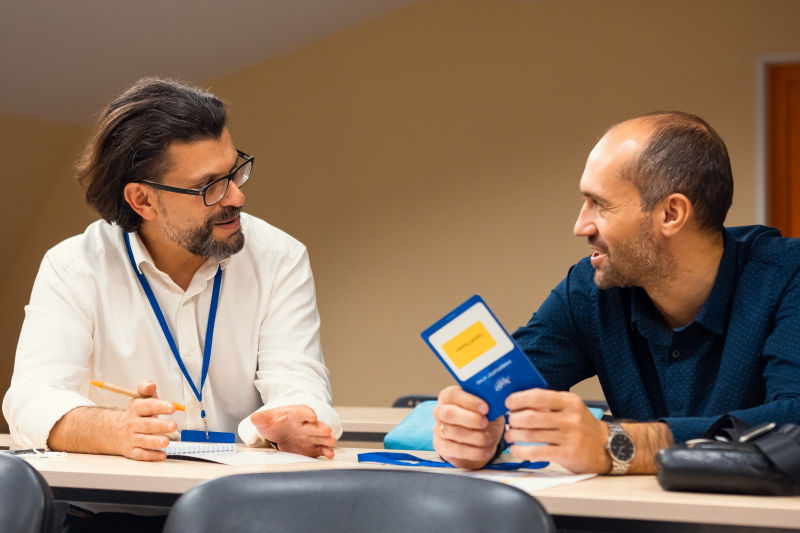 However, the club welcomes not only graduates; its doors are open for both students and university staff who have launched their own startups and are now trying to develop it.

“We are encouraging students, professors and graduates who have their own business, to come together,” says Lyudmila Tsoi, a manager at ITMO University’s Center for Creative and Corporate Projects. “The university can provide its infrastructure for them and their projects: coworking spaces for meetings, as well as the opportunity to hold joint events. Also, our Accelerator is ready to involve entrepreneurs in their projects such as training for startups and entrepreneurial culture courses. We have had this before but now we want to make it a project”.

Graduates will be able to take part in the further development of the university. They will also have the chance to communicate, not only with each other, but also with young inventors, scientists, and entrepreneurs who are just taking their first steps in their businesses but may already have original ideas, unique approaches, and interesting solutions.

“We think of ourselves as an entrepreneurial university, and we actively support this culture. In my opinion, this is the continuity of generations – students and graduates can already make some useful connections and learn from each other. Moreover, graduates can gain access to new ideas. This is the main benefit that we offer,” adds Lyudmila Tsoi.

The first event of the club brought together over a dozen entrepreneurs who are studying or have already graduated from ITMO University. Their first task was networking bingo. Its main purpose was to help participants get to know each other. Each had to find out which of the proposed options characterizes their interlocutor. The person who was the first to fill in all the characteristics and names of their new acquaintances received a prize.

However, the prizes were just additional motivation. Participants were most interested in finding new connections and exchanging experiences and ideas.

“People are used to being divided but not united by their interests,” says Konstantin Khomchenko, an ITMO University graduate and owner of the Chili Marketing agency. “I am sure that business is based on two things: human relations and trust, namely the ability to keep promises. When we have the opportunity to communicate with other graduates, we understand that these are people who have gone through a similar path, we have a lot in common, and together we can achieve much more.”

“This is an important step for both the university and graduates. It is crucial to maintain communication not only during their studies but also after graduation. That’s why such clubs will allow us to keep in touch and bring more high-class specialists to the university,” said Olavi Siikki, the founder of the WARMR startup and a Master’s student at ITMO’s Faculty of Technological Management and Innovations (#itmotech).

The club’s first meeting also featured Olga Beglova, a coach from the Ernst & Young Academy of Business with her workshop titled Coaching Approach to Problem Solving on finding a new approach to your business’ challenges with simple questions.

The organizers emphasize that the club has neither a rigid agenda nor a strict structure. Graduates, students, and professors can suggest their own interaction forms and formats that would be both interesting and mutually beneficial for them.

The first meeting showed that everyone is interested in creating a platform for communication and finding new business acquaintances.

“I’d like to make an open list of participants, of course, approved by the participants themselves. Such a database of those who seek help or who can offer it would make it easier for entrepreneurs, students, and mentors to find the needed contacts,” comments Nail Gafurov, an ITMO University graduate.

Also, participants have a stake in the university’s expertise. Yaroslav Pavlov – an ITMO University graduate, head of the IMISP business school, and founder and CEO of IC Lab –  noted that ITMO has content and materials that could be useful for entrepreneurs.

“ITMO is specialized in IT. Technologies and even deeper philosophical, systemic concepts are precisely what is lacking on the market, especially, at the level competing with ITMO. If there is a talk about technologies with those who are already involved in management, I’ll definitely join.”