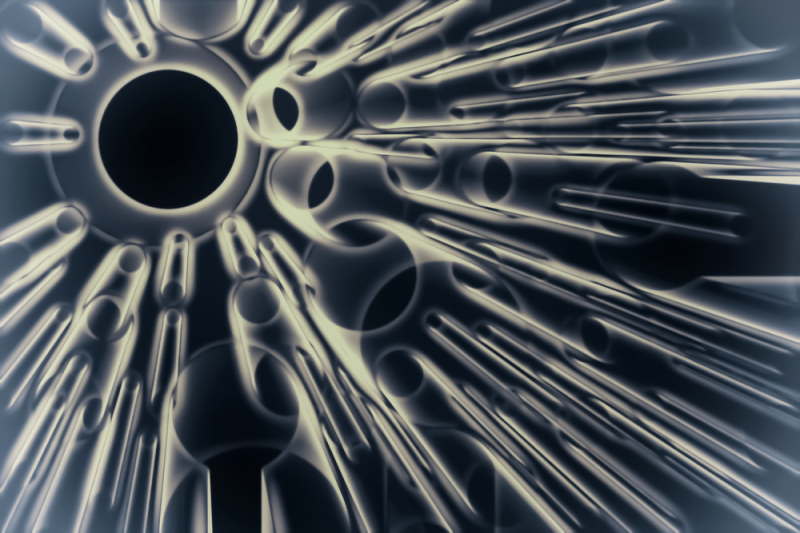 Lead halide perovskite nanocrystals are one of the most investigated objects in modern Materials Science. They possess excellent optical properties, such as pure and bright emission, which make them attractive for implementation in modern laser systems. In particular, the use of perovskite nanocrystals may lead to micro-scale lasers, which can be employed for the visualization of processes in strongly scattering media such as biological tissues.

At the same time, perovskites are unstable in the ambient conditions, in particular when interacting with water, as well as under intense light exposure. This is why the improvement of perovskite nanocrystals’ stability is one of the key problems that need to be tackled by the scientific community.

“To increase the stability of perovskites, we can either coat nanocrystals with special organic molecules or embed nanocrystals into protective matrices,” explains Elena Ushakova, an associate professor at ITMO’s Faculty of Photonics and Optical Information Technology. “Among the important aspects that have to be considered when choosing those matrices are their inert nature and transparency in the visible spectral range. Porous glass is suitable for this purpose. It is worth mentioning that the shape and size of such matrices, and the rate of porosity can be easily adjusted with regard to their future applications. For instance, porous glass spheres with a size of a few micrometers can be utilized in laser systems: they will act as both protective matrices and optical resonators.”

An international team of scientists including researchers from ITMO University, Ioffe Institute, as well as City University of Hong Kong, have investigated various conditions for embedding CsPbBr3 perovskite nanocrystals into porous silica microspheres, and identified the optimal parameters for the fabrication of a luminescent material where the emission intensity revealed at 85% of the initial level. At the same time, the intensity of nanocrystals without a protective matrix decreased down to 20%. Such composite materials also remained stable under the intense UV exposure, which can be used as an optical pumping source in operating the laser systems.

“The next step of this study was to develop a method of a protective layer formation for such light-emitting microspheres with perovskite nanocrystals while transferring them into an aqueous solution,” says Elena Ushakova. “In order to do this, a well-established layer-by-layer technique of depositing layers of oppositely charged polymers on the microspheres’ surface has been employed. As a result, we fabricated luminescent water-dispersible microspheres with stable optical characteristics. These results are important for their further application as light sources in various biological applications.”